Dystonia is a neurological syndrome characterized by involuntary, repetitive muscle contractions of opposite muscles. Of tonic or spasmodic origin, the movements are stereotyped, and are frequently in the form of twists with abnormal repetitive postures and movements. More recently it has been defined as a hyperkinetic movement disorder, which causes sustained or intermittent muscle contractions that produce repetitive movements, abnormal postures, or both.

Dystonia can affect any part of the body, but it usually starts at a different area depending on the age of the patient at the time the symptoms first appear.

The most frequent forms affect the face and neck (focal dystonia) and do not usually have a progressive course. Focal dystonia refers to dystonia that occurs in a single part of the body, some examples are: cervical dystonia (torticollis), laryngeal dystonia and writer’s cramp. This type of focal dystonia is more frequent in adults than generalized dystonia.

Is usually progressive and within a few years it spreads to most areas of the body (general dystonia). These generalized forms usually have a genetic origin and have a characteristic evolutionary profile that usually begins with a lower limb and that, evolutionarily, extends axially, until in a period of 5-10 years it compromises the trunk and causes scoliosis, kyphosis, lordosis and opisthotonus postures.

The exact cause of dystonia is still unknown at this time, although there is evidence to suggest that it is produced by a functional disorder of the brain circuits that control movement. However, depending on the origin, the following classification has been established:

Are hereditary or idiopathic genetic forms in which no other responsible disease has been identified. More than 25 different forms of this pathology have been identified, and there are genes and genetic mutations associated with these different forms. There is a classification code for each form beginning with DYT followed by a number. The most frequent isolated generalized forms are associated with the genes DYT1, DYT4 and DYT6.

Are those whose cause is related to factors such as drugs, focal structural lesions of the brain, metabolic disorders, etc.

The pathophysiology of dystonia is complex and involves multiple systems at the central and peripheral level, and different circuits are affected in the basal ganglia, thalamus, cerebellum, and cortex: all of them involved in motor control and in the inhibition of unintended involuntary movements. In a simplified way, the following alterations are described: Loss of inhibition, sensorial alterations, alterations in the sensory-motor integration and abnormal brain plasticity.

One of the characteristic features of dystonia, which helps differentiate it from other hyperkinetic-type movement disorders, is that dystonic movements can be fast or slow, presenting a stereotyped and repetitive pattern which always involves the same muscle groups.

These dystonic movements can be modified by several factors: emotion, fatigue, relaxation, motor activity, sensory stimuli, and sleep. The severity of these movements ranges from confused or poorly marked symptoms, which are only evident during activity, to disabling muscle spasms that prevent the execution of voluntary motor acts.

Sometimes the movements can be calmed by resting, self-hypnosis, and various sensory tricks.

It should be noted that dystonia can coexist with other symptoms such as postural and dystonic tremors. It is possible that the tremor associated with this disease is actually a frustrated form of dystonia. In some patients, head and trunk tremors (usually slow) may precede the onset of dystonia and be the initial manifestation of focal dystonia.

Dystonia requires a fundamentally clinical diagnosis. The diagnosis must be based on a complete and detailed medical history of the patient, which begins by asking about possible triggers, as well as family history. The doctor will hold a step by step interview with the patient, to collect a detailed description of their symptoms, taking into account where in the body they were first noted and their evolution.

Finally, the patient must undergo a rigorous neurological examination. This clinical diagnosis will be supported in some cases with blood tests, neurophysiological studies such as an electromyogram, as well as brain MRI studies. It may be necessary to carry out a genetic study as well. 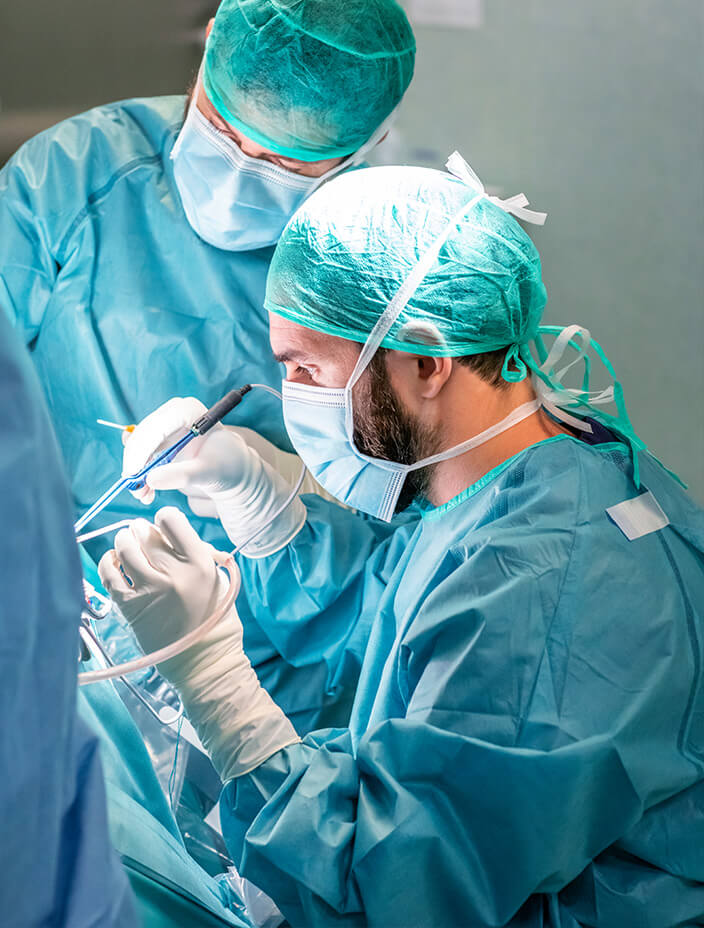 The insufficient symptomatic control of dystonia using different drugs and combinations of drugs, as demonstrated in multiple clinical trials, has driven the search for new therapeutic alternatives.

Although some forms of focal dystonia do improve with pharmacological treatment (anticholinergic, GABAergic, antispastic, dopaminergic agonists, dopaminergic antagonists and anticonvulsants or combinations of these), primary generalized torsional dystonia and secondary generalized dystonia do not usually improve with conventional pharmacological treatments.

The implantation of a rechargeable subcutaneous device for intrathecal infusion of baclofen is a surgical technique that has also been used for the treatment of generalized dystonia that is refractory to drugs. However, it has been shown to be more beneficial in patients who suffer dystonia in association with spasticity. Since the 1980s, the use of botulinum toxin has become a first-line treatment for various forms of focal dystonia, due to its high efficacy and minimal side effects.

Bilateral deep brain stimulation (DBS) of the internal globus pallidus in patients with primary generalized dystonia shows a 50% to 80% reduction in dystonic symptoms. This treatment modality is indicated in generalized dystonia, as well as in cervical dystonia that does not respond to botulinum toxin and in some cases of secondary dystonia. The results with DBS are favorable and long term, varying according to the type of dystonia.

In the following, we describe the surgical treatments that are currently used most often:

This type of surgery consists of making an ablation or controlled lesion in a selected small part of the brain. For treatment of generalized primary dystonias, this treatment can be carried out by radiofrequency thermal ablation. The lesion is irreversible and is made in a specifically identified target area of the brain, by surgically implanting an electrode which is then heated to a temperature between 70 and 80º.

This is the most widely used treatment modality worldwide today. It consists of high frequency stimulation in a small part of the brain. Through electrical impulses, the part of the brain that is abnormally overactive is inhibited or modulated – the part responsible for the symptoms of the disease. To do this requires implanting brain electrodes and a small neurostimulator similar to a cardiac pacemaker in the body. Once implanted, your doctor can adjust device settings and stimulation levels using an external programming device.

APPLICATION OF THESE MODALITIES

A nuclear structure has been fundamentally defined as the surgical target of choice for the application of these modalities: the posteroventral region of the internal globus pallidus (GPi). Since its introduction, first in ablative surgery, it has been widely used, and is considered as a preferred or choice target in the treatment of generalized dystonias.

This surgery is carried out following the methodology that we describe here. A stereotactic guide or crown is first placed on the patient's head; The radiological location of the surgical target is determined with neuroimaging fusion (CT/MRI), combining anatomical images and diffusion tensors (DTI tractography). Once this is done, the intracerebral trajectories are simulated by the computer with the support of very powerful surgical programs or software.

The patient receives local anesthesia/sedation, and the highly accurate image-guided surgical technique is performed using the help of various neural electrical records and micro-stimulation to identify the electrophysiological location of the surgical target. The electrodes are immediately implanted in the selected structure. A small, rechargeable neurostimulator is also implanted in another part of the body (infraclavicular region or abdomen), which is connected to the electrodes to stimulate these brain structures.

This system implanted in the patient is controlled by the doctor in each hospital visit in a non-invasive way, through a programming device that uses 3D graphics to allow the stimulation parameters to be easily adjusted, including the directional stimulation that helps increase the efficiency and safety.

Who are the doctors at Instituto Clavel who treat dystonia?