What is a brain tumor?

Brain tumors are a group of pathologies of varying degrees of severity and originating in different types of cells. Where they are located in the brain and the type of cells they are composed of, and their rate of growth, determines the prognosis and what kind of treatment is appropriate.

To begin with, there are tumors that originate directly in the brain tissue, called primary tumors, or satellite tumors that are the result of a malignancy in another organ, that has spread, referred to as metastases.

In adults, brain tumors are most frequently the result of a metastasis, which account for more than 50% of symptomatic brain tumors. In more than half the cases, metastasis is from pathology in the lungs or breasts.

In primary tumors, the most common are gliomas or astrocytomas, and they originate in cells that support, nourish and protect the neurons, known as glia. The WHO distinguishes these tumors in 4 categories:

Tumors are almost entirely limited to infantile and juvenile cases.

Are malignant tumors. Of those, Grade IV, glioblastoma multiforme are the most frequent and have the worst prognosis.

Among other types of primary brain tumors, are those that originate in remnant embryonic cells, others that form in the supporting tissue of the brain, such as the meninges (meningiomas) or the bone (osteomas), which tend to be benign, but sometimes can be malignant and infiltrating.

Causes and symptoms of brain tumors

The great majority of primary brain tumors appear as spontaneous mutations with no observable cause. Some tumors may have their origin in remnant embryonic cells that normally would have developed into mature tissue, but have continued to grow uncontrolled. A few cases are linked to hereditary genetic or chromosomal syndromes.

In addition, it has been shown that the radiotherapy used in treatment of aggressive brain tumors is related with the appearance of meningiomas, usually benign, several years later.

The most common symptom is headache, which occurs in 54% of cases. It is usually an oppressive and progressive headache, which affects the entire head or its frontal region, but it is a non-specific symptom in itself. It is caused by increased intracranial pressure, which, if severe enough, will also cause vomiting.

There are as many possible associated symptoms as there are different eloquent areas of the brain and the nerves that depend directly on it, including the sensory organs. That is, there is an anatomical relationship between the place in the brain where the tumor grows and the type of symptoms it creates. In 45% of cases motor skills will be affected to a greater or lesser degree.

When the tumor grows in the cerebral cortex, and especially in types of low or intermediate aggressiveness that slowly exert their effect on the brain, epileptic seizures can appear (26%). These seizures may not manifest as convulsions, sometimes there is just involuntary movement in a single limb, or disconnections that last only a few seconds (absences), or strange sensations of taste, smell, sight or hearing. 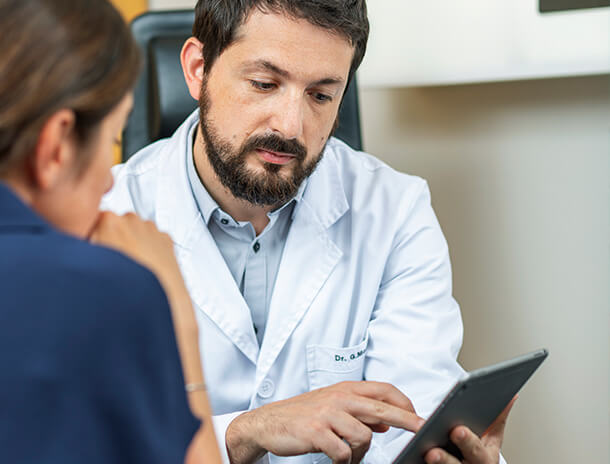 When an intracranial tumor is suspected, an imaging test such as computerized tomography (CT) or magnetic resonance imaging (MRI) is indicated. Many times this will be done with contrast to better reveal the aggressiveness of the lesion and define its contour.

In the case of lesions where their behavior and degree of aggressiveness is uncertain, nuclear medicine tests such as PET-CT can help the diagnosis, decide on the management of the pathology, or even rule out other tumor foci in the rest of the body, when otherwise it might be thought to be a case of metastasis.

Treatment will be decided based on the benefit-risk ratio compared to the alternative of observation and periodic control of the tumor. If the benefits outweigh the risks, the possibility of tumor resection will be considered.

The factors that influence this decision are the estimated degree of malignancy of the tumor, its size, its anatomical location, the physical state of the patient, the patient’s age and the other pathologies the patient may have. In the case of metastasis, it will be very important to know if there are other tumor foci in the body and if they are responding to treatment.

If the risk is acceptable, tumor resection surgery will be attempted to the maximum extent possible. Sometimes the benefit that we can obtain from an aggressive resection will be too little or for too short a time due to the growth or reproduction rate of the tumor, or the risk of severe neurological damage is too high. In these cases, we will attempt a biopsy to find out what type of tumor it is and determine treatment options.

Based on the result of the tumor biopsy, a recommendation for additional treatment such as chemotherapy or radiotherapy will be evaluated. The patient would be directed to the corresponding medical specialty to start said treatment.

Primary brain tumors generally benefit from a combination of chemotherapy and radiation therapy, which usually starts about a month after surgery.

Some cases of benign acoustic nerve tumors and some small metastases with difficult access can be treated by radiosurgery, which consists of administering radiotherapy in a highly concentrated focus. This treatment is carried out by the radiotherapy team after considering the surgical options jointly with the neurosurgery specialist.

Who are the doctors who treat brain tumors at Instituto Clavel?

Our neurooncology section is led by Dr. Montes and Dr. Màlaga, who are also responsible for representing the neurosurgery team on the Neuro-Oncology Committee. This is committee meets monthly with the aim of improving coordination, choice of treatments and diagnostic and follow-up tests, in collaboration with representatives of the specialties of radiotherapy, medical oncology, radiology, nuclear medicine, pathological anatomy and neurology.